Plant a tree in memory of Nicole
An environmentally-friendly option 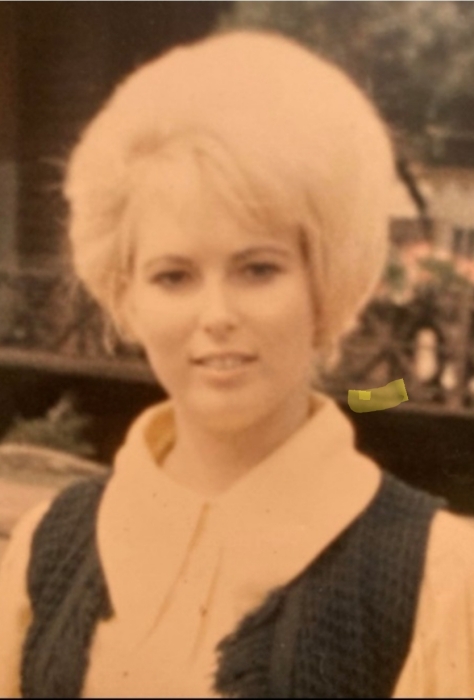 A survivor from day one, Nicole was born weighing one pound 13 ounces, in Sheridan, Wyoming to Earl Clayton Rice and Winifred Etta Reinhart Rice.  She passed away, at the age of 78, from congestive heart failure and COPD in Salida, Colorado on July 21, 2021 at Heart of the Rockies Medical Center.

Around 1945 the family moved from Sheridan to Billings.  When she was 10 years old (1953), Nicole contracted a very rare disease called Leptospirosis Meningitis.  After lengthy treatments and hospital care, the doctors could do nothing more for her and, basically, sent her home to die. Her family attended the First Church of God for many years in Billings. They called the Ministerial Assn of Billings to gather to pray for her, which they did, and she miraculously grew better and survived another 70 years.

Following graduation Nicole married Roy Schneckloth and their daughter Kelly Rene` was born in Billings in 1962.  They later moved to Great Falls Montana and in 1964 their daughter Leslie Michelle was born there.  Roy Schneckloth and Nicole divorced in 1965.  In the early 70’s, she married Ron Hanson and the family moved to Colorado.    They were together about five years before divorcing.

Nicole became a single mom, raising two girls for many years.  She was a hardworking mother with an amazing work ethic, sometimes working 2 or more jobs at a time to keep her little family together.  She loved cooking and baking.  Golden tea buns were a special treat made for the girls.  She loved celebrating the girls’ birthdays and would go all out to make them memorable by often visiting special sites and places to dine.

In the early 80’s Nicole returned to Billings to help care for her mother.  There she reunited with an old friend, Roy Dedman. They married not too long after and moved to Buena Vista, Colorado where they resided until his death in 2016.  Shortly after his death, she moved to Salida Colorado where she lived until her death in 2021.

In her young adult years, Nicole played Canasta with her mother for hours on end.  She was very active and loved bowling, dancing, boat cruises to foreign countries, playing Bingo (with numerous cards at a time) with the gals at the Club.  In her later years, she became progressively ill and inactive physically; but she constantly challenged her mental abilities by doing crossword puzzles, playing Dominoes any time she could nab a willing participant, crocheting dish cloths and afghans to give away and visiting on the phone with her friends.

Nicole would tell you that her proudest accomplishments were being a devoted wife and loving mother, and maintaining lifetime friendships.  Her loyalty to others was a special gift. An outstanding attribute from her niece Mandi was that she spoke her mind, but “Aunt Nicki was REAL!”  Her personality was big.  She was competitive in sports and games.  Some of her cousins said “she had a wonderful laugh, wonderful wit, and bright mind!” Yes, Nicole would lighten up any party!

Nicole’s presence will be missed by so many who loved her and have shared her unique journey through life, including “Fred” aka “Lord Kitty Kat”.

Nicole’s family would like to express their appreciation to Heart of the Rockies Medical Center, Hospice and Home Health Care, Area Agency on Aging, friends who provided comfort, food and love to them and Nicole on her long journey to Heaven, her final resting place of peace.

There will be no service at this time.  A Celebration of Life will be held at a later date.

Lewis and Glenn Funeral Home Has been in charge of all arrangements.

Plant a tree in memory of Nicole by clicking here.
To send flowers to Nicole's family, please visit our floral store.

Plant a tree in memory of Nicole
An environmentally-friendly option

Plant a tree in memory of Nicole

1 tree planted in memory of Nicole

Sorry to hear about the death of your loved one, Nicki.  I knew her for so many years while she lived in Billings, and went to youth meetings. She was always full of life and laughter.  Nicki was a good and true friend. After she moved away, I lost my connection with her, but on rare occasions when we saw each other again, it was like "old times."  May the Lord comfort your hearts in your loss.  Laura

A Memorial Tree was planted for Nicole E. Dedman

Plant a tree in memory of Nicole